So how do we bring the two sides together? 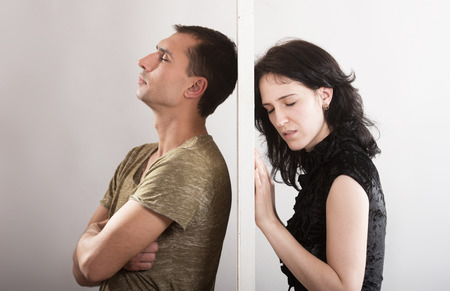 Let’s start with the support group. Accountability is a vital part of the husband’s recovery; he won’t make it without it. Some support groups place huge emphasis on length of sexual sobriety and can exalt those who “have it” it to prophet-like status. Husbands can get so caught up in their progress that they forget their marriage is in pieces. If a man is successful by the group’s standards but he’s treating his wife poorly at home, his recovery is one-sided at best. He’s just a jerk who isn’t looking at porn for the moment. The “she should appreciate me for what I did” mentality has too much self in it.

This isn’t to say that the husband shouldn’t desire to share his progress with his wife, or that sexual sobriety or support groups are bad. It comes down to a realignment of his priorities and adjustment of his approach. The key for him is to adopt a position of humility with his wife; her feelings come first, not his victories. Scripture shows us what that looks like:

Do nothing from selfishness or empty conceit, but with humility of mind regard one another as more important than yourselves; do not merely look out for your own personal interests, but also for the interests of others. Have this attitude in yourselves which was also in Christ Jesus, who, although He existed in the form of God, did not regard equality with God a thing to be grasped, but emptied Himself, taking the form of a bond-servant, and being made in the likeness of men. Being found in appearance as a man, He humbled Himself by becoming obedient to the point of death, even death on a cross.
Philippians 2:3-8

Wives can smell pride and self-absorption on their husbands from a mile away. If he charges in the door and the first thing out of his mouth is how great he is because he didn’t masturbate for three months, she takes it that he’s in Me Mode again. From her viewpoint, he hasn’t changed. Sexual sin warps a man into self-obsession. Husbands, your wives are watching you to see if you’re the same self-absorbed man you were before. They know that sexual sin is all about you; pleasing yourself. For your wife to believe you’ve turned a corner it will be important that you show her you care more about her than yourself.

Here’s a better way for the scenario at the beginning of this chapter to play out.

Husband comes home from support group. He asks his wife how she’s doing. She looks at him quizzically and wonders why he’s not talking about himself again, and replies, guardedly, “Okay.” He then responds with a question such as “What would you like to do now?” or “Is there anything you’d like to talk about?” or “How was your day?” By focusing on her first, he’s showing her that he cares about her, and she’s a bigger priority to him than his recovery.

If she opens up, the smartest thing he can do is employ reflective listening, making sure she feels heard, without defending, reacting rashly, or interrupting. If she doesn’t want to talk at the moment, he lets it go, and they move on.

As for his ninety-day coin, he waits until she asks how he’s doing or what happened at the group before sharing with her. If it takes awhile for her to ask, it’s okay; she’s his biggest priority. The Bible calls it dying to self.

Wives, if your husband adopts a position of humility and asks you to share your feelings, work with him. Your marriage is not going to heal if you don’t communicate; help him understand where you are. Tell him what you need, even if it’s just for him to listen or take out the trash. Men are horrible mind-readers and cue-takers; we need black-and-white instructions. Your husband may be dying to know how to help you, but feel powerless or afraid of saying the wrong thing. If you’ve had a miserable day with screaming kids and need your husband to take the kids for the next hour so you can have a “Calgon take me away” moment in the bathtub, tell him.

The wife’s emotions will be volatile for a while; what she needs today won’t be the same tomorrow. Husbands, don’t make a set “how I am going to fix my wife” recovery plan—especially one based on how she reacted in the past. Your goal should be to walk with her one day at a time, and minister and care for her in the way that she needs in the moment. Be flexible and work with each other.

The rebuilding process includes getting the two of you to work with, instead of against, each other. Achieving this can make a hard road a little less difficult. Working together doesn’t look the same for every marriage; find what works for the two of you.